Apple today announced it has sold a record-breaking nine million new iPhone 5s and iPhone 5c models, just three days after the launch of the new iPhones on September 20. In addition, more than 200 million iOS devices are now running the completely redesigned iOS 7, making it the fastest software upgrade in history.

Both iPhone 5s and iPhone 5c are available in the US, Australia, Canada, China, France, Germany, Hong Kong, Japan, Puerto Rico, Singapore and the UK. Demand for iPhone 5s has exceeded the initial supply, and many online orders are scheduled to be shipped in the coming weeks. 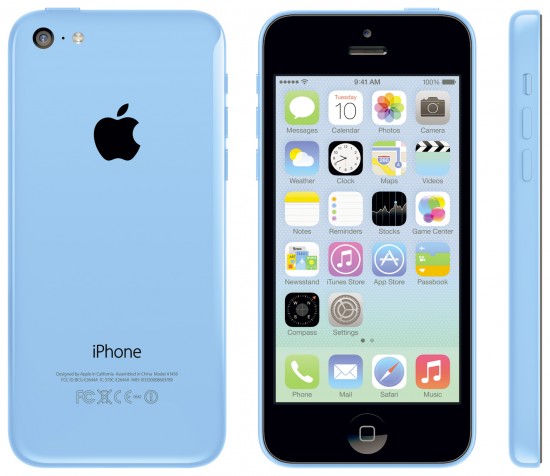 “This is our best iPhone launch yet―more than nine million new iPhones sold―a new record for first weekend sales,” said Tim Cook, Apple’s CEO. “The demand for the new iPhones has been incredible, and while we’ve sold out of our initial supply of iPhone 5s, stores continue to receive new iPhone shipments regularly. We appreciate everyone’s patience and are working hard to build enough new iPhones for everyone.”

iPhone 5s redefines the best smartphone experience in the world with amazing new features all packed into a remarkable thin and light design, including the Apple-designed A7 64-bit chip, all-new 8 megapixel iSight camera with True Tone flash and introducing Touch ID, an innovative way to simply and securely unlock your phone with just the touch of a finger. iPhone 5c features an all-new design, packed with features users know and love like the beautiful 4-inch Retina display, blazing fast performance of the A6 chip, and the 8 megapixel iSight camera—all while delivering great battery life. iPhone 5s and iPhone 5c both offer more LTE bands than any other smartphone in the world and include all-new FaceTime HD cameras.

iPhone 5s and iPhone 5c feature iOS 7, the most significant iOS update since the original iPhone, featuring a stunning new user interface, completely redesigned with an elegant color palette, distinct, functional layers and subtle motion that make it feel more alive. iOS 7 has hundreds of great new features, including Control Center, Notification Center, improved Multitasking, AirDrop, enhanced Photos, Safari, Siri and introduces iTunes Radio, a free Internet radio service based on the music you listen to on iTunes. Over 11 million unique listeners have already tuned in to iTunes Radio since launch with the most listened to song being “Hold On, We’re Going Home” by Drake.

Every customer who buys an iPhone 5s or iPhone 5c at an Apple retail store will be offered free Personal Setup service, helping them customize their iPhone by setting up email, showing them new apps from the App Store and more, so they’ll be up and running with their new iPhone before they leave the store. Customers can learn more about iOS 7 and their new device through new free workshops at all Apple retail stores worldwide. In the US, the new iPhones are available through AT&T, Sprint, T-Mobile, Verizon Wireless, select Best Buy, RadioShack, Target and Walmart stores and Apple Authorized Resellers.