ZTE today announced the availability of the ZTE Grand S Pro with U.S. Cellular. For only $99.99 with a two year contract, the Grand S Pro offers off-the-charts performance with a powerful 2.3GHz Qualcomm Snapdragon Quad-core processor, 4G LTE speeds and 13 MP camera with advanced photo editing and HD camcorder. When it comes to affordable 4G LTE smartphones, the Grand S Pro is an upgrade on all fronts.

“The Grand S Pro proves that it is possible to deliver a high-performing device, without the high price tag,” said Lixin Cheng, Chairman and CEO of ZTE USA. “This smartphone showcases ZTE’s definition of value which goes far beyond cost to deliver smart, affordable, quality choices.” 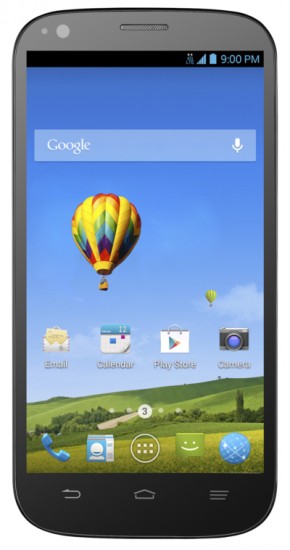 Its 13 MP rear-camera delivers professional-like photos when in Pro Mode. Advanced settings are similar to those found in professional cameras such as metering and focusing separation and compass assisted composition. Its front-facing 2 MP camera takes the perfect selfies with self-adjustable lighting capabilities.

With ZTE’s My Easy Access feature, the camera and other frequently used apps can be opened from the lock screen. This affordable powerhouse features a long-lasting 2300mAh battery, 2GB of RAM expandable to 32GB via MicroSD, and is powered by the Android 4.3 platform.

The ZTE Grand S Pro is available now, just in time for Father’s day, at U.S. Cellular retail outlets for just $99.99 with a two year contract and at the off-contract price of $249.99.